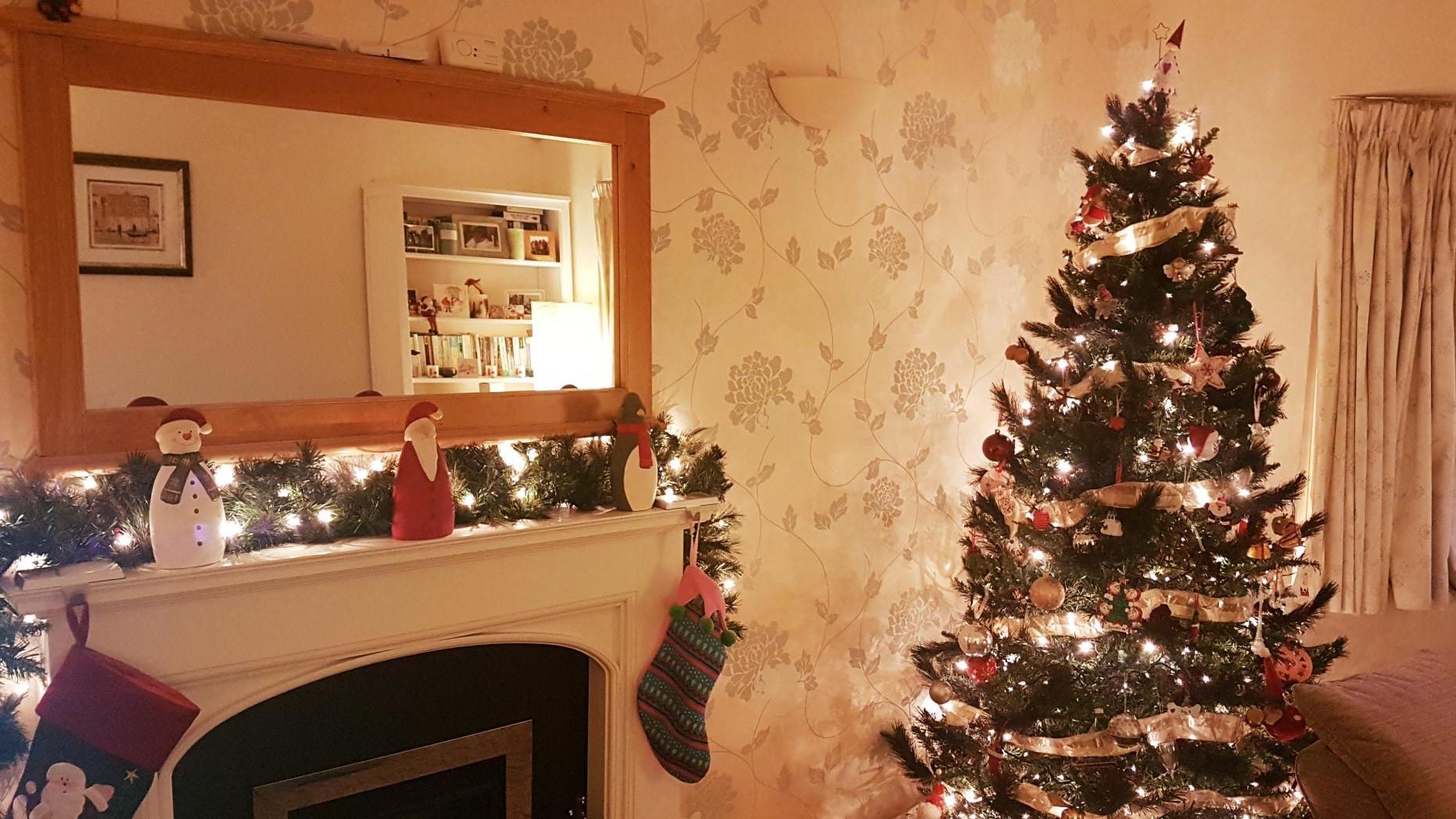 Christmas Traditions from around the world

Today I have been delivering leaflets promoting David Phillip Estate Agents to the residents of Bramhope, and as I walked around this lovely area in North Leeds I was impressed with the number of beautiful Christmas wreaths adorning many of the properties, it got me thinking about the Christmas traditions that we have not only in the UK but also around the world – here are a few.

Mince Pies, inspired in the Middle East and brought back by the crusaders. Early mince pies contained meat, fruit and spices. They commonly had 13 ingredients that were thought to represent Christ and the Apostles and were a large oval shape to represent the manger.  Meat had disappeared from the recipe by Victorian times. Imagine making mince pies in the beautiful kitchen of Rigton House at North Rigton – this is one special kitchen, especially at Christmas!

Mistletoe, hanging mistletoe in the home is a Pagan practise, but I hadn’t realised that for each kiss a berry had to be plucked until none remained!

The Christmas tree has been around for many years in Northern Europe, but when Prince Albert put up a tree at Windsor Castle in 1841 he started the evergreen trend. Have a look at the tree in the living room of Sycamore Fold, which we have for sale in Pool-in -Wharfedale.

Straw is commonly used for decorations in Scandinavian homes because it reminds them that Jesus was born in a Manger.

So, that is my blog that takes us around some of the world’s more unusual Christmas traditions.

To the residents of Bramhope, I hope you received my leaflet this week along with lots of Christmas Cards (that were incidentally set up by Sire Henry Cole and artist John Horsley in 1843 as a way of encouraging people to use the services of the Post Office!).

Happy Christmas to everyone in Bramhope, and North Leeds. We look forward to selling lots of properties in North Leeds in 2019. For a free market appraisal t: 01134 676 400 or visit our website davidphillip.co.uk

Latest Tweets
David Phillip Estate Agents @DavidPhillipEA
10th Mar 2020
- Tips to prepare your garden for Spring davidphillip.co.uk/social-media/b…
David Phillip Estate Agents @DavidPhillipEA
10th Feb 2020
- Storm damage what to look out for davidphillip.co.uk/social-media/b…
David Phillip Estate Agents @DavidPhillipEA
24th Jan 2020
- Are you living with Dementia, or caring for someone who is? davidphillip.co.uk/social-media/b…
Follow us on Twitter
Testimonials
We came to be selling on our properties in Harrogate which had £1M+ value - and we wanted to seek out an agent with fresh ideas, solid credentials and enthusiam throughout the whole business. Certainly no impersonal call centre roulette. We found David, Lesa and Trudy to be absolutely superb and our house sale was agreed at lightning speed with the whole process managed very efficiently.  I would not hesitate in using them again and would recommend this business to anyone wishing to market property in North Leeds and Harrogate. I already made one recommendation and a house sale was achieved within weeks.
Mike.B
Many thanks to you and your team, we are very pleased with how quickly and smoothly it went. All the best to all of you, and we will be recommending you .
Mr and Mrs P
David Philip estate agents! Never look anywhere else... what fantastic, professional, social media savvy and a friendly bunch this team is! After 2 failed estate agents, DP provided me with an amazing service and successful sale in my bramhope property. Lesa and Trudy work really hard to make sure your sale stays on track and through to completion and not to mention their aftercare. DP don't charge commission but a flat fee so you know exactly where you are and with their 3D portal imagining of your property, buyers can have their first viewing from the comfort of their own home......thank you so much for your help and support.
Bianca K
From sale agreed to exchange in just 30 working days. As a buyer of a property in Bramhope, I couldn't have been more impressed with David Phillip Estate Agents - in terms of pace, professionalism and enthusiasm. If I could give more than 5 stars I would!
Mr B
After trying to sell our property unsuccessfully with other Agents I was recommended to use David Phillip Estate Agents because of their creative, forward thinking and proactive approach - add this to David Phillip’s local knowledge and experience and it gave us the combination that best met our house selling requirements.
Vince G
I found this company very customer friendly and obviously have a lot of experience in the business. I was encouraged to ring the office with any questions or problems arising. Everything was sorted and nothing too much bother. Trudy was my main contact, she was extremely helpful and with the patience of a Saint!
William Banks
I cannot recommend David Phillip enough. From start to finish they have been incredible. So professional and treating me like a member of the family. They have looked after me and advised me and worked so hard to help me achieve what I have needed from the sale. The BEST ESTATE AGENTS IN THE WORLD!
Beki V
Send us your feedback
Join our mailing list
Join our mailing list
If you would like to get updates from us in future please enter your details into the form
We take your privacy seriously. No spam. Click to see our terms and privacy policy.
This form is protected by reCAPTCHA, Google Privacy and Terms apply.

Create an account to save your property searches and be notified about new properties that match.
This site uses cookies to give the best experience. You can change your cookie settings at any time.