Home » Social Media » Blogs » Christmas Traditions from around the world

Christmas Traditions from around the world 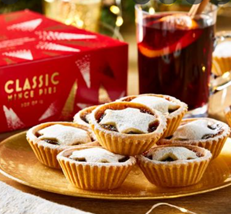 Last year, Christmas was a different celebration as the result of Covid-19 restrictions in place, this year we are hoping that Christmas will be much more like previous years (thank goodness!) At David Phillip Estate Agents we are looking forward to the start of the Christmas season and have lots of things planned, including the Lily’s of Bramhope Christmas event, visits to Castle Howard for their Narnia spectacular, Harlow Carr Garden’s Glow and Harewood House (I think we will go in the evening this year when the house is lit up) plus our seasonal visit to York.

Today the John Lewis advert has launched and Betty’s are advertising their delicious mince pies – all really traditional, which made me wonder what other traditions might be taking place this Christmas around the world. Here are a few

Mince Pies, inspired in the Middle East and brought back by the crusaders. Early mince pies contained meat, fruit and spices. They commonly had 13 ingredients that were thought to represent Christ and the Apostles and were a large oval shape to represent the manger.  Meat had disappeared from the recipe by Victorian times.

Mistletoe, hanging mistletoe in the home is a pagan practise, but I hadn’t realised that for each kiss a berry had to be plucked until none remained!

The Christmas tree has been around for many years in Northern Europe, but when Prince Albert put up a tree at Windsor Castle in 1841 he started the evergreen trend.

Straw is commonly used for decorations in Scandanavian homes because it reminds them that Jesus was born in a Manger.

So, that covers some of the world’s more unusual Christmas traditions Whatever your plans are this year, we hope everyone is enjoying making the most of the Christmas in North Leeds, and if you are thinking of celebrating Christmas in a different home next year and live in Bramhope, Adel, Cookridge, Otley or Pool-in-Wharfedale then please give us a call for a free market appraisal with David Phillip FRICS  t: 01134 676 400 or visit our website davidphillip.co.uk a: 86, Leeds Road, Bramhope, Leeds